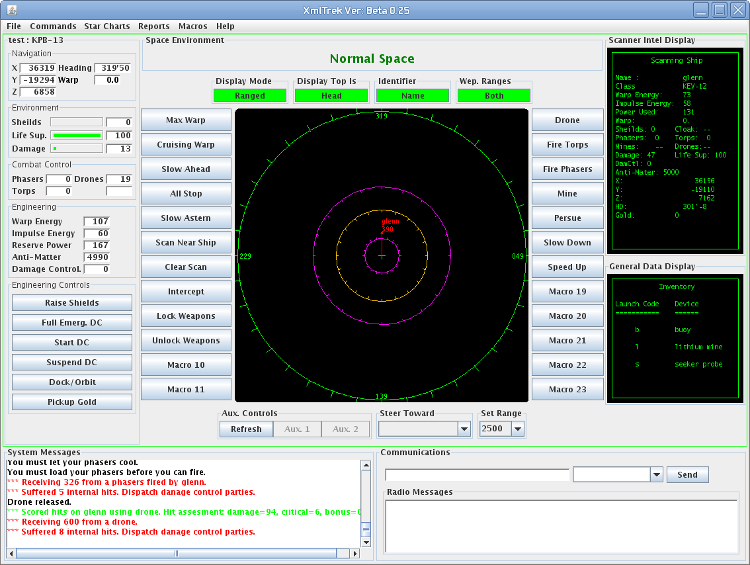 “XmlTrek is a marriage of the original mTrek/jTrek telnet server engine, with some modifications, with a Java client. The XmlTrek Java client extends the scope of the game from just the space environment to the actual planets and starbases found in the game quadrants. This is done by allowing the XmlTrek player to enter into side or mini games when orbiting a planet or docked at a starbase.

These games are written as dynamically loadable Java classes, sorry for the tech speak here, and can be written by players but are vetted an served from our own servers.

Currently these are very simple in nature just to test the process.

XMLtrek, like the game running on MTrek.com, is Powered by JavaTrek. Aside from the obvious GUI interface, the XMLtrek fork also has several interesting modifications to the game engine. For example, planets and bases will “protect” any orbiting/docked ship by deflecting damage and by returning fire at an attacker. The *30* active robot ships know to steer clear of ships that are docked or orbiting, so players can enjoy this version of the game in relative safety while they learn the ropes.

Or you can download the Graphical client for windows here.